HEROES who put their lives on the line to serve this country and
suffered dreadful injuries in Iraq and Afghanistan were among the
600-strong crowd at a polo fundraiser on Saturday.

The group of brave young men, including a guardsman who lost part of
his leg in a landmine blast, mingled with VIPs such as football legend
Luther Blissett at the St Albans Polo Club.

The picnic and polo match was hosted by Polo for Heroes, which
organises trips abroad for injured members of the armed forces and is
fundraising to finance a journey to Las Vegas in 2014. 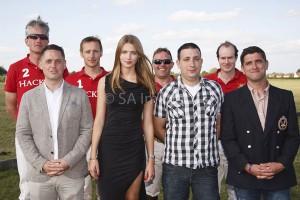 Money raised at the event are also donated to Help for Heroes and the
Irish Guards Appeal Fund.

Ex-Irish Guard Captain Andy Haines, who runs a boxing club in London
for the army, explained that such trips were important for injured
servicemen and women.

He said: “They are in a regime to get themselves well and this gives
them freedom to be with a bunch of soldiers again, away from that
regime, but who are also receiving medical treatment.”

Guardsman Patrick Gallagher said he had an “awesome” trip to Las Vegas
last year. He was injured in Afghanistan, losing his right leg below
the knee in a blast from a landmine.

Patrick said: “I’m in and out of rehabilitation at the moment.”

He explained that he has numerous prosthetic limbs – one for walking,
one for running and one for water activities. 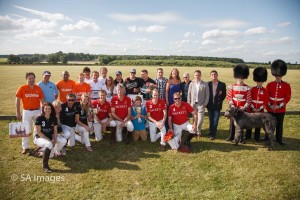 Private Aaron Dindyal lost part of his digestive system, injured his
spine and damaged the cartilage in his knees in Iraq, possibly as a
result of a shockwave.

He said: “Since being medically retired I have been doing lots of
things for charities.”

Hailing from Essex, Vicki said: “I’m very pro the Army.” She explained
how she has been busy helping to raise money for ex-servicemen,
including a young man who lost both his legs in Afghanistan, to get a
wet room for him.

She was joined by friend and fellow actor Debbie Arnold, who has
appeared in dramas EastEnders and Hollyoaks, and is currently the
landlady of the Weatherfield Arms in Coronation Street.

Also showing his support for injured servicemen and women at the event
was former Watford, AC Milan and England forward Luther Blissett. 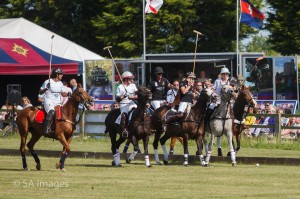 He and other visitors enjoyed watching fast and furious polo matches,
played by the likes of the British Army Polo Team and Civillian
Defenders along with fabulous food and drink, entertainment and
sunshine!